Grace Stead is a sustainability practitioner with her roots in town planning.  She became actively involved in promoting sustainable development in 2000 when asked to be the Local Agenda 21 (LA21) Co-ordinator for the City of Tygerberg and later Cape Town.

During her time in local government she managed a range of projects and enabled a better working relationship between the City and civil society. This included managing a partnership between the City of Cape Town and the City of Aachen in Germany, which promotes sustainable development through projects, exchanges, networking and awareness-raising and has received international acclaim.  She was also very involved with the WSSD in 2002 and the ICLEI World Congress in 2006.

She established Steadfast Greening in April 2007 to focus on promoting sustainable development in a practical way and the list of projects showcase this. 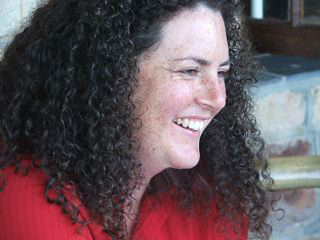 One of her key passions in the workplace is event greening and she is a key role player and founding member of the Event Greening Forum. She teamed up with Justin Hawes from Scan Display in 2009 to establish the Forum, which has managed to get the buy-in from the main industry Associations.  She has extensive knowledge and experience and lobbies for a better understanding of sustainable event management.

In 2017 she teamed up with Liesl Hattingh and Deon Robbertze to start WrapZERO, a consultancy focussing on sustainability within the film industry.  This compliments the work that she has been doing with Steadfast Greening, but with a specific niche focus.

Grace is an organised, enthusiastic, dedicated person with proven administrative, organisational and facilitation skills. She is strongly committed to a high standard of work, which is demonstrated through an analytical, efficient and logical approach to getting things done. She is able to interact with people on all levels and operates well under pressure – professional, yet practical.  She enjoys teaching and facilitating workshops as it keeps her grounded. She has good knowledge about the process, structure and policy of local government and civil society.

From a young age Grace has enjoyed travelling, and spent two years in Europe exploring various places and meeting new people.   Over time she has managed to visit places such as Argentina, Chile, Peru, Bolivia, Ethiopia, Kenya and even Iceland, but also basks in traveling around South Africa whenever she can.  When traveling on business, she always tries to spend additional time in a foreign country to get to know the local people and their customs.

Her photography interest dates back to pre-digital and all the photo’s on this website were taken during her travels. She has a passion for paragliding which she has been doing since 2002 (although not enough lately!), while she recently got her motorbike license and enjoys her noisy motorbike. She celebrates life through spending time in nature with activities such as camping, hiking or cycling, but is not adverse to waiting for the wind on a slope in anticipation of a paragliding flight.

She has done presentations at various conferences and training workshops on sustainability and event greening, both locally and internationally:

For details and her updated Linked in profile visit https://www.linkedin.com/in/grace-stead-sustainability/